A panel member analyzes all studies pertaining to high resolution esophageal manometry, ambulatory pH, and pH-impedance testing that are submitted via MDLGI. These physicians are regarded as the pre-eminent clinical authorities on esophageal testing and disorders. Many are active in helping develop current technologies in HRM and esophageal pH testing. These physicians are individually affiliated with many of the most distinguished medical facilities in the world today.

And their expertise is available to you — and your patients — exclusively through MDLGI. 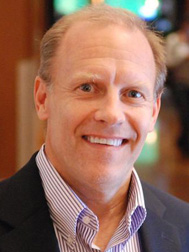 Dr. William C. Dengler is an authority on the diagnosis, medical, and surgical treatment of GERD and esophageal disease, with over 20 years of experience in the field. He founded the nation's first Heartburn Treatment Center in 1995 and has developed over 50 Heartburn Treatment Centers nationally through his company, Legato Medical Systems, which was founded in 2001. Dr. Dengler was the first community physician in the U.S. to implement high resolution esophageal manometry (HRM) in 2004 while serving as a consultant to Sierra Scientific Instruments during the development of the technology. Since that time, he has trained nurses, gastroenterologists, and surgeons on a national level in study technique as well as interpretation. Dr. Dengler provides HRM interpretive support to physicians at Legato Heartburn Treatment Centers. In addition, he was active in the implementation of telemetry pH testing in the community setting after its development in 2001. He has conducted several national courses for physicians on the interpretation of HRM and has co-authored numerous publications with academic luminaries concerning pH testing, high resolution manometry, and the pre-operative evaluation and patient selection for anti-reflux surgery. 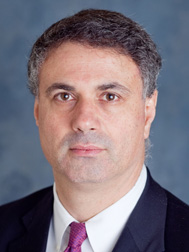 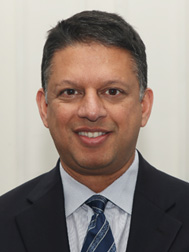 Dr. Prakash Gyawali currently holds the position of Professor of Medicine within the Division of Gastroenterology at Washington University School of Medicine, where he is also the Director of the GI Fellowship Program. Dr. Gyawali received his M.D. from the University of Calicut, South India, and is certified by the American Board of Internal Medicine. His many accolades include being elected to the "Best Doctors in America" list from 2007 - 2013, and "Teacher of the Year 2011 - 2012," Division of Gastroenterology, awarded by gastroenterology fellows. Dr. Gyawali held the position of Chair, Training Subcommittee, of the American Gastroenterological Association in 2013 - 2014; and was a 2013 representative for the American Society of Neurogastroenterology and Motility for the GI Milestones project. In addition, Dr. Gyawali has been a peer review board member for Gastrointestinal Endoscopy since 1999. 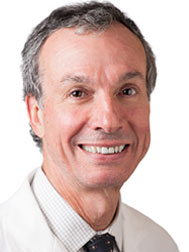 Dr. Peter Kahrilas is the Gilbert H. Marquadt Professor of Medicine, Division of Gastroenterology, Feinberg School of Medicine, at Northwestern University. He received his M.D. from the University of Rochester School of Medicine and Dentistry and completed his residency in internal medicine at Case Western Reserve in Cleveland. After four years of GI fellowship at Northwestern and at the Medical College of Wisconsin, Dr. Kahrilas joined the Northwestern faculty where he established himself as a pioneer in both research and clinical care of esophageal disorders. Under his leadership, the Northwestern Esophageal Center became one of the nation's leading clinical and teaching centers for esophageal disease. Throughout his distinguished career, he has published over 120 original papers and 45 book chapters on esophageal physiology and disease. His extensive knowledge and accomplishments have resulted in editorial positions at major GI journals and involvement in the major U.S. and worldwide GI societies. His particular areas of interest and expertise are in esophageal disorders, esophageal diagnostics, gastroesophageal reflux disease, and swallowing disorders. Dr. Kahrilas has been recognized as one of "America's Top Doctors" by Castle Connolly every year since 2002. 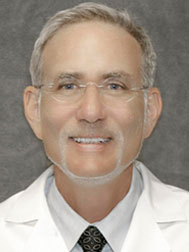 Dr. Philip O. Katz holds the positions of Clinical Professor of Medicine at the Sidney Kimmel College of Medicine at Thomas Jefferson University and Chairman of the Division of Gastroenterology at Einstein Medical Center in Philadelphia. He is also Interim Chairman of the Department of Medicine at Einstein Medical Center. Dr. Katz received his medical degree from the Bowman Gray School of Medicine at Wake Forest University. He served his residency and chief residency in internal medicine, followed by a fellowship in gastroenterology at the Bowman Gray School of Medicine. He completed a faculty development fellowship at Johns Hopkins University. Dr. Katz is a past president of the American College of Gastroenterology and is a member of the American Gastroenterological Association and the American Society for Gastrointestinal Endoscopy. A recognized national authority on esophageal disease, Dr. Katz is a practicing clinician with active teaching and editorial positions. He has contributed to over 150 academic publications and has been a prolific researcher on all aspects of esophageal disease. Dr. Katz is the lead author of the current Practice Guidelines, issued in 2013 by the American Gastroenterological Association for the Diagnosis and Management of Gastroesophageal Reflux Disease.

Dr. David A. Katzka is a Professor of Medicine and head of the Esophageal Interest Group, Division of Gastroenterology and Hepatology, at the Miles and Shirley Fiterman Center for Digestive Diseases at the Mayo Clinic College of Medicine in Rochester, Minnesota. He completed medical school training and residency training at Mount Sinai School of Medicine, and his fellowship in gastroenterology at the University of Pennsylvania. While at Penn, Dr. Katzka created a multidisciplinary Center for Swallowing Disorders. He presently serves on the editorial board of Clinical Gastroenterology and Hepatology, has served as an editor for Gastroenterology, and is a reviewer for the New England Journal of Medicine and American Journal of Gastroenterology. He authored the most recent American College of Gastroenterology Clinical Guidelines on the diagnosis and management of esophageal eosinophilia and eosinophilic esophagitis. He received the Distinguished Clinician Award for exemplifying leadership and excellence in the practice of gastroenterology from the American Gastroenterological Association. Dr. Katzka is an authority on eosinophilic esophagitis, gastroesophageal reflux disease, esophageal motility disorders, and other diseases of the esophagus and stomach. He has research interest in motility disorders, factors that contribute to gastroesophageal reflux disease, and unusual diseases of the esophagus. Dr. Katzka has repeatedly been named a "Top Doctor" by Philadelphia Magazine, and one of the "Best Doctors in America" both nationally and in the northeast region. 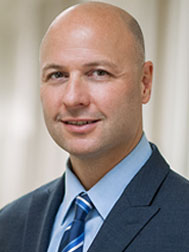 Dr. John Pandolfino is a Professor of Medicine and Chief of Gastroenterology and Hepatology at the Feinberg School of Medicine at Northwestern University. His career has focused primarily on studying the biomechanics of bolus transport and gastrointestinal motility as it pertains to gastroesophageal reflux and swallowing disorders. He currently is funded by the NIH to study GERD and dysphagia pathogenesis, and also receives research grants from industries focused on the development of new technologies to investigate and treat gastrointestinal disorders. He maintains a strong clinical practice in the Esophageal Center at Northwestern, which is recognized as one of the nation's top referral centers for complicated esophageal diseases. Dr. Pandolfino is active in multiple professional organizations and has a strong commitment to the editorial process, serving as editor-in-chief of Diseases of the Esophagus and as a member of the editorial board of multiple high-level gastroenterology journals. Dr. Pandolfino is extensively published in all areas of esophageal disease and is recognized as one of the world's authorities on esophageal diagnostic evaluations, including high resolution esophageal manometry, pH, and pH-impedance testing.

Dr. Joel E. Richter is currently Professor of Medicine and the Hugh F. Culverhouse Chair for Esophagology at the University of South Florida in Tampa. Joining the faculty in September 2011, he is also Director of the Division of Digestive Diseases and Nutrition as well as Director of the Joy McCann Culverhouse Center for Swallowing Disorders. Among past academic appointments, Dr. Richter was Chairman, Department of Gastroenterology, Cleveland Clinic Foundation, Ohio, for ten years and Chairman of Medicine at Temple University School of Medicine, Philadelphia, for seven years. Dr. Richter is the past president of the American College of Gastroenterology (ACG) and served as Director of the ACG Institute for Clinical Research and Education from 1995 to 2004. He is the recipient of several awards for his work in digestive diseases including the Berk/Fise Lifetime Clinical Achievement Award from ACG, Joseph B. Kirsner Award in Gastroenterology (2000), Janssen Award in Gastroenterology for Clinical Research in Digestive Diseases (2001), and the Samuel Weiss Award for Outstanding Service to the ACG (2001). From 2002 to 2003, he served as President of the World Organization for Specialized Studies on Diseases of the Esophagus. He was co-editor in chief for the American Journal of Gastroenterology from 2003 - 2009. On multiple occasions, he was named one of the "Best Doctors in America" for gastroenterology. Dr. Richter is the author or co-author of more than 300 original papers, 128 editorials/reviews, 15 books, and 113 book chapters. He and Dr. Don Castell are the editors of the new fifth edition of The Esophagus. 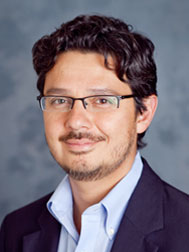 Dr. Marcelo Vela is Director of Esophageal Disorders at Mayo Clinic in Scottsdale. He completed his medical residency and a clinical research fellowship in esophageal diseases at the MCP-Hahnemann School of Medicine in Philadelphia. This was followed by a three-year gastroenterology fellowship at the Cleveland Clinic Foundation and a master's degree in clinical research from the Medical University of South Carolina. Dr. Vela's research and clinical interests are in esophageal diseases and swallowing disorders. He has numerous publications on esophageal disorders, with many addressing esophageal diagnostic studies including pH, pH-impedance, and high resolution manometry. In addition, Dr. Vela has co-authored the most recent American College of Gastroenterology GERD and Achalasia Guidelines.